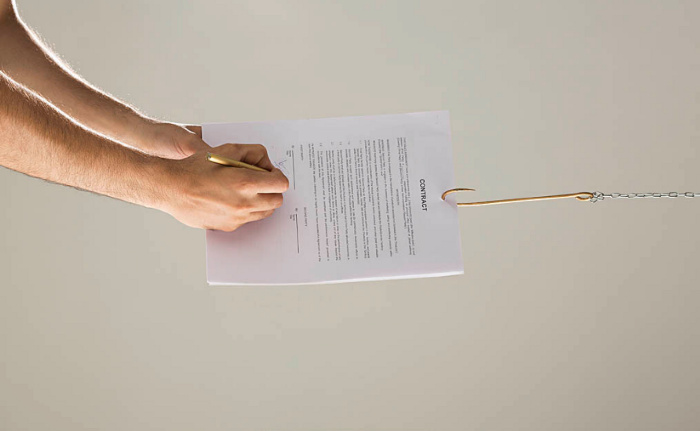 The Rise of the American “Hedge” Fund

In 1948, the Australian-born Alfred Jones — a 1923 Harvard-grad who had served as a U.S. diplomat and earned a PhD in sociology from Columbia University — decided to PhD in sociology from Columbia University — decided to roll-the-dice as an investment manager. Jones’ strategy, which was to “hedge” against a declining market by combining long-term stock positions with short-selling, effectively minimized overall risk. Using leverage to maximize returns, Jones decided in 1952 to form a limited partnership with investors and tack on a 20 per cent incentive fee for himself, the managing partner. Through Jones’ efforts, America’s first hedge fund was born. 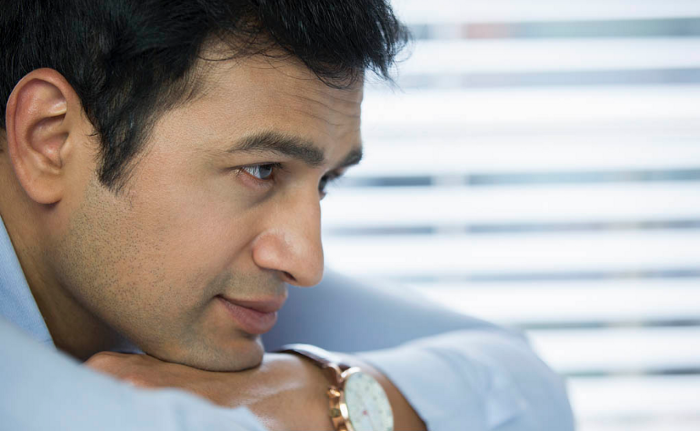 Far from the conservative roots Jones established in the 1950s, the 21st century hedge fund — which is often described as a lightly regulated private investment pool for wealthy individuals and institutions — regularly employs a daring and sophisticated mix of high-risk strategies that sometimes leave fiduciary safeguards flapping In the wind. Such was the case when Amaranth Advisors LLC (Amaranth), the $9 billion hedge fund which had been ranked the 26th largest by Absolute Return Magazine, disintegrated.

Led by a bold, young energy trader who had earned the fund over $1 billion betting on natural gas futures, Amaranth decided to leverage Its energy portfolio more than 5 to 1 in 2006 in order to assume a highly-concentrated natural gas position. Unfortunately for Amaranth, their risky bid for a repeat performance failed. and so did the fund. Amaranth, along with 716 of its hedge fund brethren, fund bailed out of the market. As notable as the Amaranth meltdown proved to be, ill-advised risk-taking, is only one of the matters at issue when it comes to hedge funds. This is a classic mistake people should avoid — Investing all eggs in one basket. Thus, we recommend readers to explore for alternate credit options. 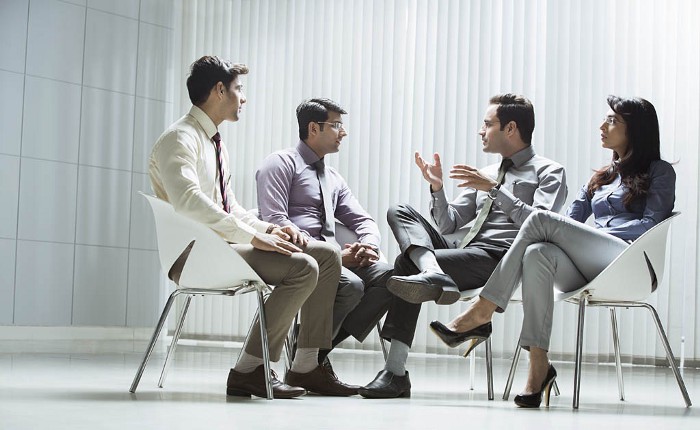 According to a BusinessWeek article examining what the magazine described as a hedge fund “fee frenzy,” magazine described as a hedge fund “fee frenzy,” expenses that had once been bundled into layer one (asset management) were beginning to show up as “add-ons” instead. Interestingly enough, the reshuffling of these add-ons did not result in any layer one fee reductions. By the time all of the extras were added-on — things like trader bonuses, technology spending, and the Infamous “other” — the average hedge fund investor was paying 3.5 per cent ‘before the fund’s cut of the profits.” (In 2003, Amaranth trader bonuses consumed 1.4 per cent of net assets while operating expenses claimed 2.3 per cent.) A Study In Pink — How I Stopped Worrying And Started Loving Alternate Investments During the last several decades, more and more people have taken heed of advice to “take stock in America.” Questions…arthamoney.com

Investors who sink their resources into hedge funds’ kissing cousins — the “funds of hedge funds” (F0Fs) which invest in other funds rather than individual securities — must also dish out a bundle of cash. Not only do these brave investors pay the asset management and performance fees charged by the FOFs, they also pay the fees charged by the underlying hedge funds. All told, an FOF’s level one fees will usually range between 2 per cent and 3.5 per cent with level two fees of 10 per cent to 15 per cent.

In addition to high investment costs, the question of hedge fund performance looms large. Are these high-priced money machines really worth their weight in gold? Some analysts say no. According to a story published by Forbes.com back in March, 2017, data tracked by the Chicago-based Hedge Fund Research showed that hedge funds returned an average of 13 per cent in 2006, 3 per cent behind the returns delivered by the Standard & Poor’s 500 index. So why all the excitement over hedge funds? Experts at the international investment bank Barclays Capital (Barclays) say it’s all about the indices.

In a 2016 statement reported by the UK’s TIMESONLINE, Barclays said that survivor ship bias, selection bias, and instant history bias, when taken together, inflated 2015 index statistics by to 6 percentage points. Survivor-ship bias occurs when index compilers ignore failed funds. Selection bias is the result of non-reporting on the part of managers (a circumstance which may be more likely to occur when fund results are down). Instant history bias — the flip side of selection bias — occurs when managers volt until a period of strong performance to report their results and the numbers are backdated into an index. So what’s the bottom line? Patrick Hosking, TIMESONLINE Investment Editor put it this way:

While no one can deny the fact that the exotic world of hedge funds has helped to multiply the fortunes of some of America’s wealthiest investors (along with the barons who manage them), it is equally important to acknowledge the considerable risks — and disappointing returns — that could accompany the decision to invest in them. With investment fees that far outstrip other asset classes, shadows of doubt hanging over the integrity of the industry’s performance measures, and massive meltdowns claiming millions, and sometimes billions of investor assets at once, the centuries old warning. let the buyer beware,” is more relevant now than ever. 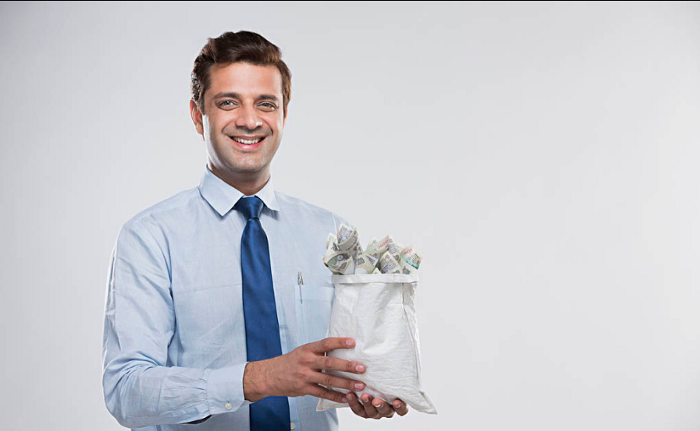 Are the Markets Stressed?

The simple answer to the title questions is there are 2 sides for a coin. While some forms of market manipulation are illegal, people will try them anyway. It isn’t just the big kahunas who try to drive share prices. Anyone who posts a “sure thing” on a chat board, knowing the underlying stock is worthless, is trying to manipulate the market. You never know when the markets are stressed. Do you? Hire the best consultant for this job.

Many investors never dip a toe in the stock market pool, except perhaps for a company 401k. Their reason is that the stock market is stacked against the little person. Big investors, using sophisticated computer programs and manipulating share prices, make it impossible to win, they This there is some truth in the first part of that sentence, but it does conceal another point: finding good stocks is a lot of work. A lot of investors secretly want to convince themselves that they’re not missing anything by not participating in the market because the prospect of learning about it is too intimidating. Even after that work is done, investing requires a cool head and sometimes a strong stomach.

What is faulty is not the idea that markets are manipulated, but the conclusion that investors draw from that information. They fail to perceive that market manipulation can work in their favor as often as it works against them. When it’s all said and done the underlying value of sound companies remains.

Here’s how you can avoid letting a stressed market from taking you down:

**1) Watch for accounting tricks. **Earnings numbers can be manipulated rather easily. Watch for footnotes that tell a different story than the main text and red flags in the cash flow statements.

**2) Think long term. **Manipulations come out In the wash. A share price may be driven by manipulation in the short term, but fundamentals drive value in the long. Trust good partners and good fund advisory consultants to do this hard work for you. Yes, they can definitely help you get high returns.

3) Momentum strategies When manipulation ads in your favor, unload some shares. When a great deal of suspicious buying drives up the price of a stock to levels that seem unsupportable, think about taking the money and running. If you’re not sure what’s going on, try selling part of your stake and hanging on to the rest. Think twice about following momentum strategies.

**4) Make sure you trust your advisers. **Whether you hire a full time investment manager or just read the [financial blogs](http://arthamoney.com) once and a while, make sure the person giving the advice has a track record you trust and is acting in your interests.