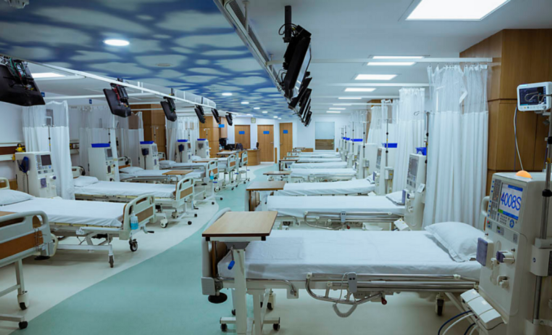 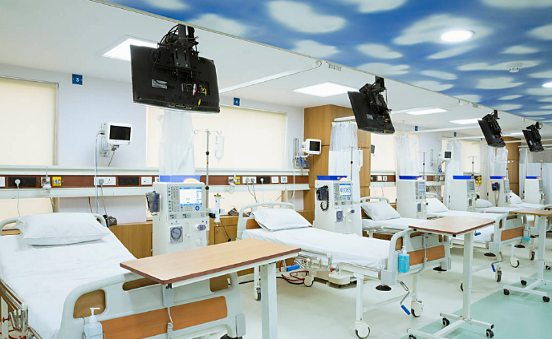 There is lack of proper healthcare in India. We can understand the fact that quality of healthcare is a depreciating at a frequency by the hour. And, who’s to blame? Recently, I witnessed a conversation at a small clinic where the clerk of the firm asked the patient’s attender to pay up 1500/- extra as he had switched on the AC, as the fan was not working. Yes, it was a sultry day. And, To his dismay, the patient’s attender did not complain, but the AC also did not work, and caused smoke in the room when it was switched on. Funny. No AC. No fan, and this patient was charged 2500/- for 6 hours of stay. How horrible world have we to thrive? 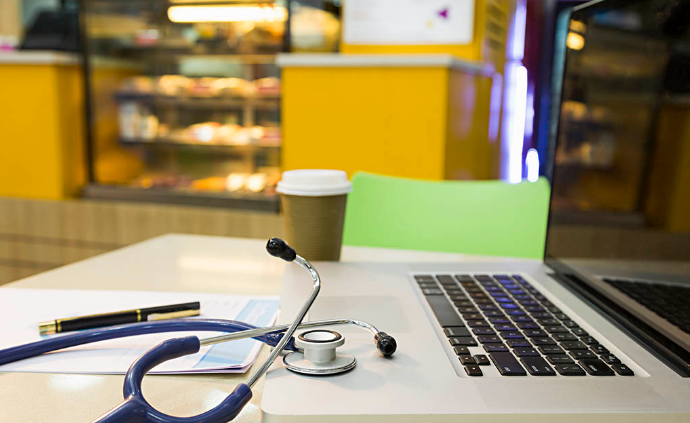 Analyze this — Labs, Blood test centers, CT scan centers, X-ray centers, Ambulance service, Catering service, Laundry service for Hospitals are only managed externally. And, these are critical for any healthcare service, and are simply “outsourced” to many private firms. Now enter the corporate. 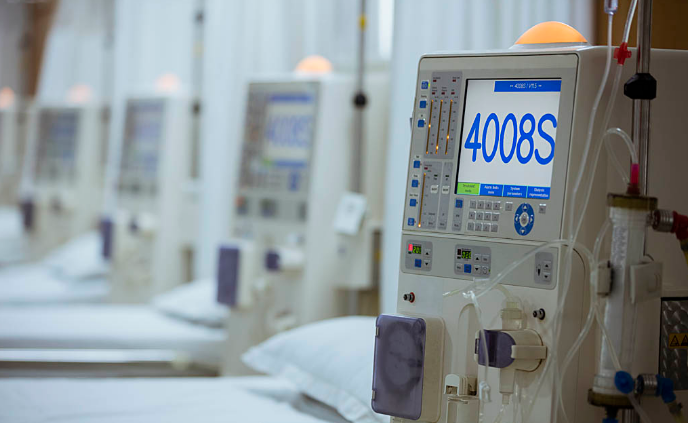 In Gujarat, after the Bhuj disaster, the then Governance allocated 100 crores towards the re-development of the government hospital. Just 300 beds were purchased, and the renovation was declared complete. And, it was supposed to be converted to AIIMS (All India Institute of Medical Health) which will be in Central government’s control. Very recently, Feku gave this hospital for 99 years lease to Adani group of Companies, which now has made it a private medical college.

The then Government of Gujarat had given the hospital which was supposed to be converted to AIIMS to the hands of the capitalist Adani, who now owns the place under the banner — Gujarat Adani Institute of Medical Sciences in Bhuj. For 0% profit, the government has given the newly renovated hospital to a capitalist for 99 years lease, which is most surprising.

Clearly the government made its way out of the business of helping people, to pleasing the pockets of industrialists who now own ports. In today’s present day, only a few medical procedures are provided for free today. As per TamilNadu’s Medical Hospitals, money is taken for CT scan, X-ray, MRI scan, blood tests, before taking the medical procedures. Nothing today is free! 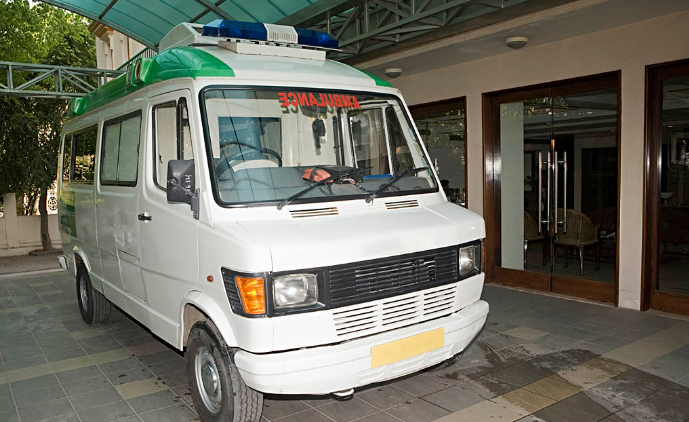 A kid was bit by a dog, and taken to the medical hospital. The parents were asked to buy a small notebook, the size of a card for a premium outside the hospital, and then come back! This notebook the size of a credit card, with 20 pages will become the medical file for the kid. Appaling And, the kid literally sat there crying. I noticed the business of making money has started just there. A old lady came to the doctors office interned by a group of student doctors who were in practice. All they could help her was a small pill of aspirin, while she sat there praying to them hands folded asking them to save her vision.

Using the health insurance scheme, in the last 7 years, 2,600 crores have been looted by private hospitals under the pretext of “insurance claims”. The problem here is this — “Medical Insurance” has become a bigger scam business, and thanks to the people who are behind them making billions. The is nothing free that comes with health insurance, and there is nothing totally free from the government who claim they offer 100% free treatment. So wrong.

So, who’s the culprit. Single handedly, its the government at the centre who has encouraged capitalists to make billions. By siphoning funds to the private hospitals in the name of “insurnace claims”, they have grown in excess of crores, that they are able to afford a new building in every corner of the street. 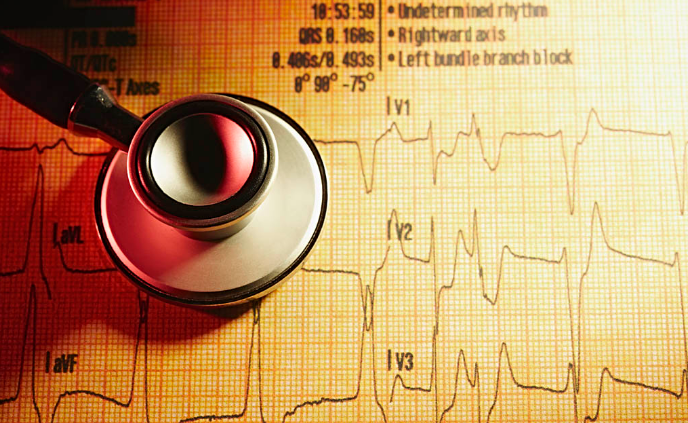 Medical insurance scams are not new. Obamacare crippled the governance, and it was definitely not in the best interests of a person like Barrack Obama to ruin the whole industry. Media supporting medical tourism has profitted billions by running ads from private hospitals and doctors. And, they definitely would not be in any support to the anti-medical “flare”.

The whole point is to understand how shamelessly sickening the government hospitals are functioning today. Not a day goes by when we notice people rushing in ambulances to private hospitals hoping they could be saved. This only highlights the “fear” among the people that has been capitalized by private hospitals, and making them mint rupees like a clockwork.

Education industry is no exception. Foreigners are suprised by the fact that medical and education in India is dominated by private players. And, this is only possible if there exists a Governance that supports capitalists.

In a recent controversy spurred by fringe groups for a movie called Mersal, the implementation of unfair medical practices, lack of proper medical care by government hospitals, and nonavailability of hospitals in rural areas, has been highlighted. But, in the entirety of the controversy, the issue was centered around a 7 second dialogue delivered by the actor, which critiqued “improperly structured taxation implemented by the centre”. Thanks to the fringe groups, the movie has made 20x the profits, and gained national support.

A criticism has been drawn across a major fraction of population on the government’s increasing spend towards defense, rather spend on people’s welfare, health and civic activities. People should call for the change! We should rise up to make people self-aware of the fact there is no good healthcare available, and government just should not be simply lethargic in allocating funds, but also must ensure 0% outsourcing in healthcare.

Simply said, most of the medical healthcare related services are not properly taken care in government hospitals only because, they depend on 3rd party services. Consider this example — 70 kids were killed in a hospital in UP. Rather than taking accountability of the supply chain manger, a case was booked on an oxygen cylinder supply company which stopped providing services due to 2 years of non-payment, even after repeated reminders, and even after giving the hospital management 12% cut. Who’s responsibility is the problem? Morally, the hospital had to ensure they paid their dues in time, and the media loved to give controversies over kid’s death. This is not a tragedy. It’s a massacre. Is this what 70 years of freedom means for our children?

30 kids were reported dead in 48 hours because there was no oxygen supply because govt didn’t pay 68 lakh bill to vendor? Criminal negligence! And, when the whole controversy was brewing, this happened. Money allocation by government. It is surprising to find India is just spending 1.4% of their GDP for medical healthcare. Even the previous UPA-2 spent just 0.9% for healthcare.

Consider this — The people in villages are spending for healthcare by mortgaging their gold, ornaments, and property. They lack insurance! The center is dumb enough to buy luxury cars for its netas, raise the government employees salary, but not caring and helpful for the people who voted them to power.

Last week, the centre has asked hospitals like AIIMS, JIPMER et all to increase its billing amount by a certain percentage. And, all this when countries lesser than India’s GDP can afford healthcare for free! With GST, both the centre and state enjoy close to 28% of the billing value. When VAT was introduced, the then Finance Minister Pa. Chidambaram justified the value of products are supposed to decrease. And, today! Even speaking against GST, he is unable to question as a former minister.

In TamilNadu, people spend approx 10% of their savings towards healthcare. Isn’t this shockingly shameful? Consider Cuba — There are 0% private hospitals or clinics as all health services are government-run. Can this governance at-least not outsource medical and healthcare to private parties? After 2014, the center has reduced the healthcare allocation in budget by 20%. Shocking, but true.

In the month of August alone, 360, mostly kids have died in the state of Uttarpradesh, a majority which died due to medical negligence. 400 have died in Gujarat, only because of swine-flu. The same repeated in Madhya Pradesh, and the State of Chattisgarh. In TamilNadu, atleast 10 people, mostly kids, especially females have been declared dead due to dengue. Having lack of proper treatment facilities, the government has retorted to giving “medicinal water” as a preventive cure to dengue. SHAME!