In crisis, which currency is best for Zimbabwe? — Zimbabwean Dollars, Bond Notes, the South African Rand or GOATS? 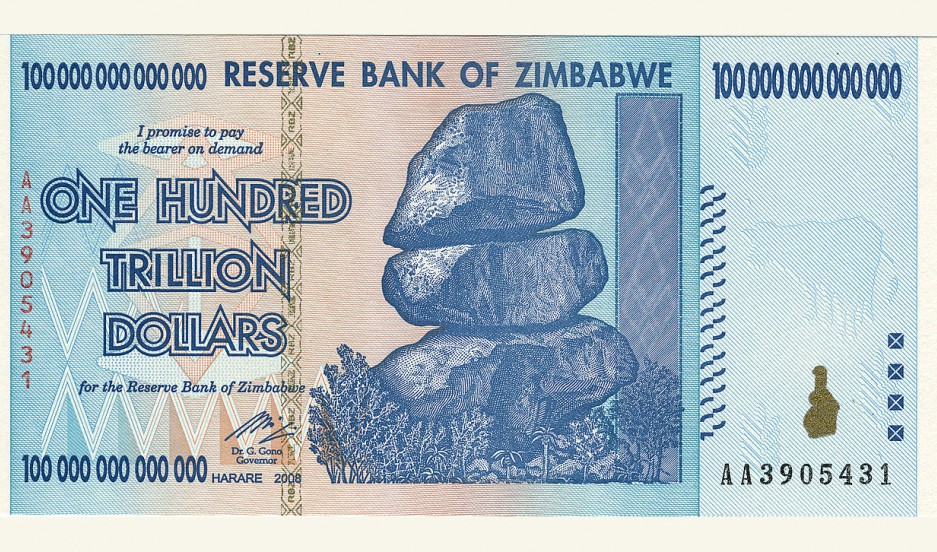 The Reserve Bank of Zimbabwe (RBZ) is beginning to more seriously consider the use of the South African Rand as its dominant currency as opposed to the current bond note. Nine currencies are legal tender in Zimbabwe, including the euro, the Botswana pula, the Australian dollar, the US dollar, the Chinese yuan, the Indian rupee, and the Japanese yen (Gaffey, 2016). Not all vendors accept all forms of payment, however, and this has caused some problems since the abandonment of the Zimbabwean dollar In 2009. The former Zimbabwean dollar collapsed after several decades of mismanagement under still-incumbent Zimbabwe President Robert Mugabe (Gaffey, 2016). At highest, the inflation rate for the Zimbabwean dollar was quoted at a staggering 231 million percent (Daily News, 2017).

Bond notes (sometimes referred to as “bollard’) were introduced in 2016 but since then have rapidly declined in value due to the fact that these bollars are hard to convert into US dollars (The Economist, 2017). Bollars are used most often to pay local wages, give money to suppliers, or for deposit In local bank accounts. However, ff shops want to purchase imports or restock their inventory, US dollars are needed and the bond notes are of little use.

In April 2017, The ruling party in Zimbabwe has introduced legslation that would if enacted require the nation’s banks to accept various “moveable assets” as collateral for loans. The assets involved include farm machinery, vehicles, and livestock. The bill would create a new department of the Reserve Bank, the Collateral Registry, to be run by a registrar who is in turn to be appointed by the Governor of the Bank. Its job would be to “maintain a database of… relevant information on debtors and secured creditors [and] on any moveable property subject to registered security interests”.

The use of livestock as collateral is not revolutionary. It is common practice in several other African nations, and fits into the program of “microfinance” popularized by Nobel Peace Prizewinner Muhammad Yunus. A lot of people who will never own a house do own a cow, and allowing them to borrow against the latter extends credit opportunities to many whom the banking system otherwise never reaches. It does so without requiring of them the exorbitant interest payments that ‘sharks’ would demand.

In the words of Finance Minister Patrick Chinamasa, “I feel there is need for a change of attitude by our banks to reflect our economic realities” Banks are “stuck in the old ways of doing things” and don’t realize that they ought to respond to “the needs of our highly informalized economy.” Commenters have already exhausted puns on the phrase “cash cow” and on the first syllable in the phrase “moveable assets”

Banks are concerned about being required to accept such collateral, though. Moveable assets are easy to hide, allowing debtors to play hide-and-seek with anyone who would seek to repossess after a default. (Auto lenders In the developed as well as the developing world are already familiar with that fact, of course.) Livestock also is prone to die, turning the secured loan into an unsecured one in an instant.

But the possibilities of devious debtors or of cow fatalities are likewise present in any other nation where such collateral may be offered and may at least sometimes be found acceptable. These concerns seem within the normal domain of risk management. What worries some about this specific proposal is the matter of valuation.

Chicken and Goat Currency As School Fees in Zimbabwee

Parents in Zimbabwe who are short on cash can now breathe a sigh of relief if they own a farm animal. This is because parents will now be able to use the livestock they own as method of payment to cover school fees in Zimbabwe when they do not have the cash to pay the tuition owed. The newest form of goat currency is yet another sign of the country’s worsening and desperate economy.

Schools will also allow parents to barter skills and services to cover the cost of tuition for their children’s education. For example, a construction worker can offer labor and building services as payment for his or her child’s tuition fees according to Lazarus Dokora, Education Minister of Zimbabwe during an interview with the Sunday Mail newspaper. The pro-government newspaper publication has already reported that a number of schools already began the process of taking livestock as payment for school fees.

Under the newest ad of Zimbabwe legislation introduced by Parliament, bank borrowers will be allowed to register certain assets they have as collateral to back the loans they take out or existing outstanding loans The registered collateral must be considered a movable asset. This includes machinery and motor vehicles per the BBC’s World Business Report. Bank loan borrowers will be allowed to use cows, goats sheep, chickens and other livestock to back their loans too.

As the cash crisis in Zimbabwe continuesto worsen, people are found spending hours trying to withdraw cash from banks Although the government reports the cash shortage is because people are physically removing the hard currency from Zimbabwe and taking it elsewhere, critics have said otherwise.

The critics report the rising unemployment rates and lack of investments throughout the country are to blame for the cash shortage. They also account for a steady number of years with low Industrial production to be partially to blame for the currency crisis. Robert Mugabe, Zimbabwe’s President has also commented the country’s cash shortage is due to stores and retailers refusing to use the banks to hold their money.

It also is worth noting that the physical currency given as cashback comes in the form of what is called a bond note in Zimbabwe. The special currency Is virtually useless in all other parts of the world, as it has no value. The news of paying school fees with farm animals hit social media much as you would expect. A flurry of commentary exploded on Twitter and Facebook (Just to name a couple social media outlets). The comments were mainly filled with sarcastic humor, gallows and scorn about the news that goats and cattle could be used as currency to pay off debts.

The country’s Education Minister commented that the schools need to be flexible since so many parents are cash-strapped and have no other options when it comes to paying off the outstanding tuition fees they owe. Pretty much the same thing was said from Patrick Chinamasa, Finance Minister of Zimbabwe, about people owing money to the banks for loans. If the banks don’t start accepting chickens, goats, cattle and sheep as collateral for loans then the cash-strapped nation of borrowers will continue to accumulate debt with no way to pay it off.

Since not everyone owns livestock, there have been alternative and flexible considerations made to accommodate the needs of parents who don’t have a chicken or cow to give the schools for outstanding fees This means that parents who live In cities and towns through Zimbabwe will be allowed to use labor and services, such as doing work for the school, to pay off tuition bills without worrying about their kids’ future education.

Although Zimbabwe has the second largest platinum and chrome reserves in the world, the policies established by President Robert Mugabe have made it less attractive to foreign investors than neighboring countries like Mozambique and Zambia.

The Indigenization Ad, which was passed in no8, requires foreign-owned companies to sign over 51 percent of their shares to Zimbabweans — a policy that has crippled the country’s ability to attract overseas investment.

While opportunities exist in manufacturing, tour ism, and power generation, red tape and political instability make Zimbabwe risky for outsiders, and at 93, Resident Robert Mugabe is unlikely to lead the country indefinitely. No clear successor is apparent.

As a result, capital flight has become a serious problem. A recent report by the Zimbabwe Economic Policy Analysis and Research Unit (Zeparu) estimated that between 2008 and 2013, $2.5 billion in capital left the country illegally. Italy alone received $120 million during the five-year period, but Canada, the United States Germany, Greece, and China also received capital that had never been recorded in a legal transaction.

Artha Money
—
In crisis, which currency is best for Zimbabwe? — Zimbabwean Dollars, Bond Notes, the South African Rand or GOATS?
Share this