I recall a conversation I once had with a well accomplished person who told me — I am not doing great at this. The lady had been perhaps working 5 times a week on her passion. And, she felt complacent, and no longer wanted to achieve her goals, pursue her dreams. I just left thinking why someone who reached such heights, would fear to go further up? It is natural to feel insecure when a n00b is surrounded by level 7 players.

Here's few notes from a TEDx speech I liked..

Even after writing eleven books and winning several prestigious awards, Maya Angelou couldn't escape the nagging doubt that she hadn’t really earned her accomplishments. Albert Einstein experienced something similar, he described himself as an involuntary swindler whose work didnt deserves much attention as it had received. Accomplishments at the level of Angelous or Einsteins are rare, but their feeling of fraudulence is extremely common.

Why can't so many of us shake feelings that we haven’t earned our accomplishments or that our ideas and skills aren’t worthy of others’ attention? Psychologist Pauline Rose Clance documented this unwarranted sense of insecurity. In her work as a therapist, she noticed many of her undergraduate patients shared a concern, though they had high grades, they didnt believe they deserved their spots at the university. Some even believed their acceptance had been an admissions error. While Clance knew these fears were unfounded, she could also remember feeling the exact same way in graduate school.

She and her patients experienced something that goes by a number of names imposter phenomenon, imposter experience, and imposter syndrome. Together with colleague Suzanne Imes, Clance first studied imposterism in female college students and faculty. Their work established pervasive feelings of fraudulence in this group. Since that first study, the same thing has been established across gender, race, age, and a huge range of occupations, though it may be more prevalent and disproportionately affect the experiences of under-represented or disadvantaged groups.

To call it a syndrome is to downplay how universal it is. It's not a disease or an abnormality, and it isn’t necessarily tied to depression, anxiety, or self-esteem. Where do these feelings of fraudulence come from? People who are highly skilled or accomplished tend to think others are just as skilled. This can spiral into feelings that they don’t deserve accolades and opportunities over other people. 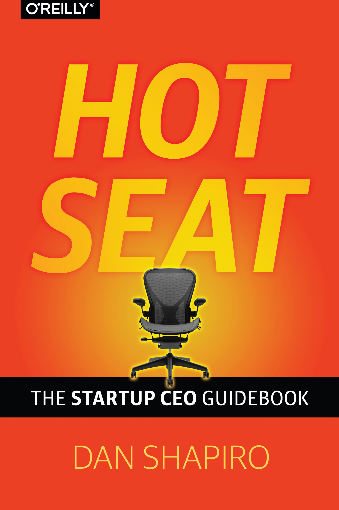 And as Angelou and Einstein experienced, there’s often no threshold of accomplishment that puts these feelings to rest. Feelings of imposterism aren’t restricted to highly skilled individuals, either. Everyone is susceptible to a phenomenon known as pluralistic ignorance, where we each doubt ourselves privately, but believe we’re alone in thinking that way because no one else voices their doubts.

Since it’s tough to really know how hard our peers work, how difficult they find certain tasks, or how much they doubt themselves, there’s no easy way to dismiss feelings that we’re less capable than the people around us. Intense feelings of imposterism can prevent people from sharing their great ideas or applying for jobs and programs where they’d excel.

At least so far, the most surefire way to combat imposter syndrome is to talk about it. Many people suffering from imposter syndrome are afraid that if they ask about their performance, their fears will be confirmed. And even when they receive positive feedback, it often fails to ease feelings of fraudulence. But on the other hand, hearing that an advisor or mentor has experienced feelings of imposterism can help relieve those feelings. The same goes for peers. Even simply finding out there’s a term for these feelings can be an incredible relief.

Once you’re aware of the phenomenon, you can combat your own imposter syndrome by collecting and revisiting positive feedback. One scientist who kept blaming herself for problems in her lab started to document the causes every time something went wrong. Eventually, she realized most of the problems came from equipment failure, and came to recognize her own competence. We may never be able to banish these feelings entirely, but we can have open conversations about academic or professional challenges. With increasing awareness of how common these experiences are, perhaps we can feel freer to be frank about our feelings and build confidence in some simple truths, you have talent, you are capable, and you belong.

For many years, I always have been in my self-denial, and self-doubt, wondering if I would “make it”. If even a miracle transcends, can you push yourselves what you ever wanted to be? A decade since I had that conversation, I recount how I am struggling to put my foot forward and scale up my small garage level shack! How do I overcome my fears? I feel like I don’t belong here. Everyone at some stage in their lives feel like an imposter. And, thats perfectly alright. Wake up to work on your next big idea! One part of me constantly loves to push my candlestick a little up, whether its on sales, revenue, or be it making my best of whatever time I have left in me. Whatever doesn't kill you, simply makes you STRONGER! Battle your fears. Its simply your worst enemy. Keep hustling folks. .