Early investors in Bitcoin who’ve held onto it have made a fortune. A single Bitcoin was worst far less than a dollar when it was first launched In 2009. In 2017, it hit highs above $5,000. But you didn’t need to have Invested right at the start to make a healthy profit — in early 2017, one Bitcoin was worth around $1,000. So why does the price of Bitcoin rise and fall so dramatically? And Is it possible to accurately predict whether the price will rise or fall In the future? To understand the incredible volatility of Bitcoin’s price, there are a few things that you need to consider.

Underlying all other reasons for dips and spikes is the fact that Bitcoin’s price Is purely speculative. Bitcoin Is only ever worth what other people are willing to pay for it. This same principle holds true for most investments. It’s true for stocks and shares In companies and It’s also true for established flat currencies arch as Euros and the US dollar. The comparative values of stocks and currencies are constantly changing as people buy and sell.

While both stock markets and foreign currency exchange markets attract day traders, these short-term traders have much more of an Impact on Bitcoin’s price than those other assets. Much Bitcoin is bought and sold through exchanges were buyers and sellers set buys and sells to automatically happen at certain price points.

Price Walls: Why a Crash Usually Follows a Spike

Many Bitcoin investors will try to sell the cryptocurrency once it hits a certain figure which represents a solid return on whatever they paid for it. Bitcoin enthusiasts often talk of ‘walls’ editing at certain price points. For example, many more people are likely to set a sell point of exactly $5,000 than $4,999 or $5,000.m. When Bitcoin’s price hits one of these walls, the rise in bitcoin’s value slows down until all the transactions at this price point have been completed.

This also explains why crashes often follow a spike in Bitcoin’s value. Many people will have sold their Bitcoin once it reaches a new all-time high and activity on Bitcoin exchanges typically slows down immediately afterward. The price falls with fewer trades being made. Many new investors panic as the price falls and look to sell what they’ve bought before the value falls any lower. Short-term Bitcoin traders who made a profit on the spike will then start buying coins again during the dip in its value.

Wikileaks founder Julian Assange recently thanked the United States government for providing him with a 50,000% return on his Bitcoin holdings In what was surely a backhanded compliment, Mr. Assange announced that he had profited handsomely, partly as a result of being cut off from international banking and other traditional forms of currency.

The history of Wikileaks is a long and controversial one, starting with the leak of classified documents seemingly designed to embarrass a number of world leaders. Following those releases, Wikileaks played a large role in the 2016 U.S. election, releasing enormous numbers of private emails, largely from those associated with candidate Hillary Clinton. Indeed, some people claim that the Wikileaks releases helped to sway voters and ultimately defeat Clinton. Unintended Consequences and an Unparalleled Rise in Value — Whether or not that is true, Julian Assange has, In essence, Bitcoins have become an international pariah, albeit a celebrated one in many circles Since Wikileaks and its controversial founder are largely isolated from traditional sources of funding, fans of the site have donated in Bitcoin. 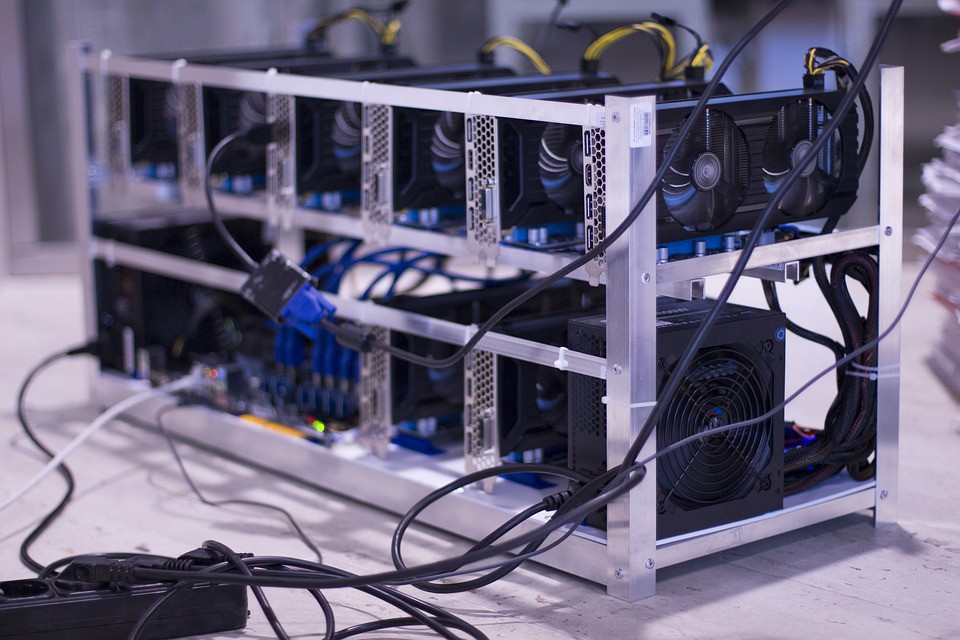 Every time Bitcoin reaches another all-time high, the bulls and bears come out of the woodwork. Fresh on the heels of Its latest all-time trading high, Investment bankers of J.P. Morgan recently reemerged and broke their vows to stay mum on the cryptocurrency. Far from admitting defeat, Mr. Dimon doubled down, calling Bitcoin investors stupid and predicting financial win ahead.

On the other side of the Bitcoin picture is a Jaw-dropping prediction that the cryptocurrency will be selling not for $6,000 but as much as $27,000 In Just four months. That Is a stunning prediction, but will it really come true? The $27,000 Bitcoin prediction comes courtesy of Trace Mayer, an entrepreneur, journalist, investor and podcast host. As is common these days, the prediction was made via social media, and it Immediately made a splash among cryptocurrency fans and skeptics alike.

The fact that the price prediction was so specific seemed to add to its credibility. Trace Mayer predicted a price of $27,395 for Bitcoin by February of 2018, a date that is currently Just four months in the future. Traders will be marking their calendars now- and watching the Bitcoin market closely until that February date arrives. Some might say that the $27,000+ prediction is somewhat self-serving. Mr. Mayer is after all, the host of The Bitcoin Knowledge Podcast, so one could argue he is a bit biased. Even so, there is some science behind the prediction.

Why Bitcoin is Not Truly Anonymous 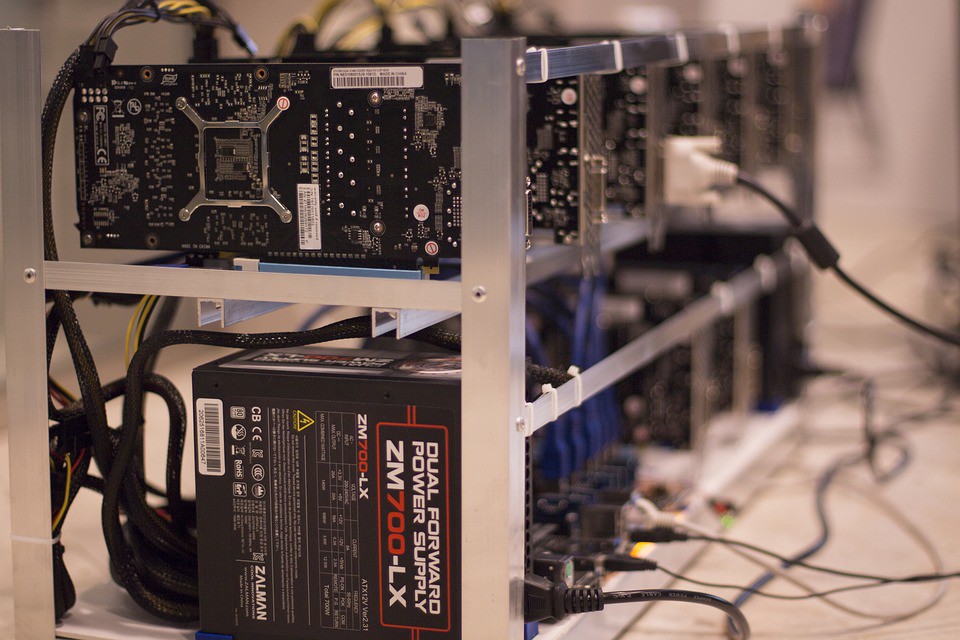 The notion that Bitcoin is completely anonymous is a widespread one. It Is also incorrect even though transactions involving Bitcoin do not involve the transmission of personal information. It is possible for Bitcoin owners to protect their identity to a certain extent, but not completely. An individual can spend bitcoin without using their name but their transactions can be connected to the addresses whereby they receive Bitcoins. If those addresses are ever tied to their personal identity, all the transactions associated with them will be tied to their identity as well.

It is widely recommended that Bitcoin owners use a new address for each transaction. While this method does help with anonymity, it is flawed. For a better understanding of why Bitcoin cannot be truly anonymous, it is important to know how the cryptocurrency works. Each bitcoin transaction involves inputs and outputs with inputs being the addresses from which Bitcoin is sent. Each of the addresses has a private key and the Bitcoin can only be transferred using the private key from the address. The outputs are the addresses that receive the Bitcoin.

Will Blockchain Tech Have a Major Impact on small business?

if you simply think of cryptocurrencies and the tech behind them as passing fads, you may not have kept tip with the latest news about the Industry or the technology. Bitcoin's market capitalization has already passed $20 billion. Bitcoin offers Just one example of a cryptocurrency. In turn, electronic currency is only the most famous example of block-chain technology. It’s very possible to argue that cryptocurrencies and block chain have already impacted global businesses and will continue to spread in the future.

The Future of Cryptocurrency Technology

Before considering some future impacts of cryptocurrencies and block-chain tech upon businesses, it’s interesting to consider some current stats about the state of the industry from the Cambridge. The cumulative value of all cryptocurrencies is estimated at over $40 billion. At least, three million people are very active in the electronic currency markets. Tens of millions of people have cryptocurrency wallets.

You might consider these figures and still dismiss claims over the enormous impact of cryptocurrencies. When you consider the global economy, even several billion dollars and millions of users could still make electronic currencies and block chain a niche topic that’s only interesting to a small percentage of the population.

That may be true now, but Ifs also important to look at large businesses that have taken an Interest In the topic. Large and established companies as Chase Bank and Microsoft have begun investing in blockchain, the technology behind cryptocurrencies. Big retail and finance companies like Dell and PayPal accept electronic currency as a valid form of payment. When businesses like these have already invested in block-chain crypto currencies, it makes the potential impact harder to dismiss.

Why Is Cryptocurrency Tech important for Businesses to Watch?

Most readers can remember a time when they could not predict that the Internet would offer services that displaced such industries as print media, movie theaters, and even Wand shopping malls. In fad, many companies floundered during the transition because even industry insiders and experts never thought consumers would adapt so quickly.

Just two decades ago, most people thought of the Internet as a place to log in to check email, but that’s exactly the point. Looking back, analysts consider email a driver application behind the growth of the internet. Some analysts believe that electronic currencies may serve as the driving applications that will empower block-chain development.

Even today, some businesses use this technology in several diverse ways. Some examples include energy trading and passing contracts back and forth. Electronic currency introduced the technology to developers, and in turn, those developers came up with innovative ways to use it. In a comparable way, email served as a driving application behind the growth of the Internet. Businesses that want to avoid the fate of video stores or many print publications should consider how digital currencies and block-chain may impact them in the future.

Artha Money
—
Why does the Bitcoin’s prices rise & fall so dramatically?
Share this