Last week, the Tamil Nadu cinema industry downed their shutters. No cinema was screened since Oct 6th, 2017 all over the state in protest for various reasons. From a common man’s stand point, the cinematic goers population is majorly comprised majorly of unemployed to working class IT/ITES/BPO employees who are pretty saddened by NDA’s recent hard hitting GST levied on their tickets, apart from the 500% extra paid for popcorn and water, and approx INR 150-200 per hour paid for parking two wheelers and cars. A lot of things hidden in plain sight. 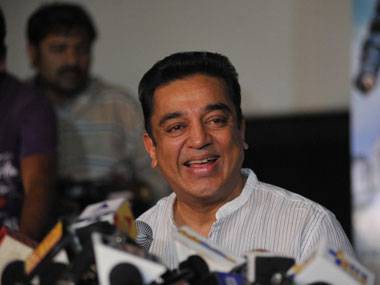 Every week we can spot a lot of cinema goers who care less about these oddity in the pricing, or even the internet reviews (paid, obviously), trying to spend their good times watching a flick with their families. One nation, one tax is a concept that the great CAs and economists articulated to solve the country’s problems. Firstly, cinema is not a topic of major importance, per se, it reflects on an burning issue of our Nation’s inflation that is persistent with every masses today. If you thought that entertainment needs to be taxed, why not tax the politicians who give jaw-jamming jokes? And, if you need some, here’s few…

Thermocol politics — To quote the famous scientist turned politician (or vice versa) who thought if we place 2" x 2" thermocol sheets + cellophane tapes on the rivers of vaigai, hoping it will stop the water from evaporating. And, lesser said this was the Joke of the 2017. In an aimless endeavor to resolve Tamil Nadu’s drought revile, the state’s Minister Sellur K Raju, concocted an arrangement. K Raju, his gathering paid followers and authorities swarmed the waterside and enthusiastically grabbed a couple of sheets. He endeavored to put them over the water just to see them wash away because of high speed twist in the dam. Not exclusively was the plan an entire disappointment, it angered every journalists who had voyage the distance from Madurai to witness it. 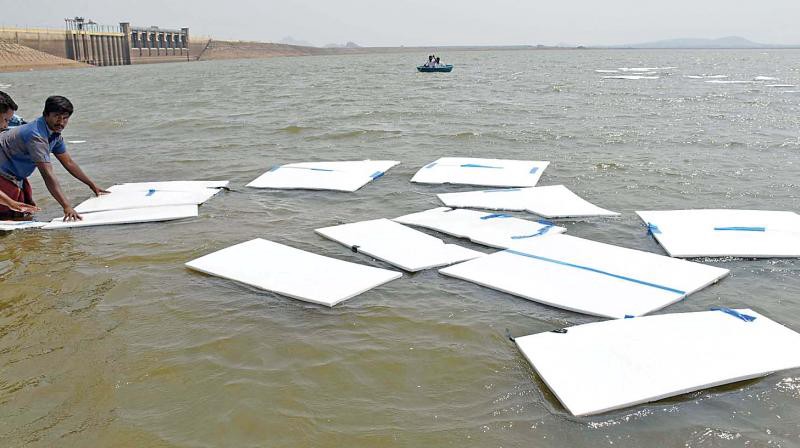 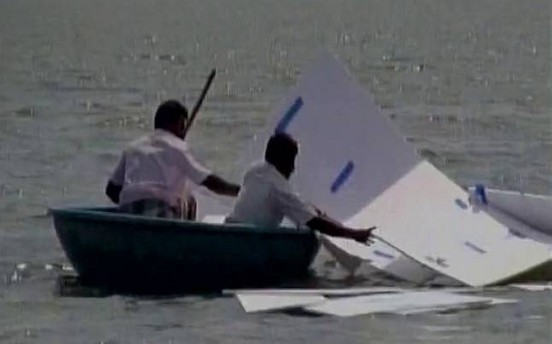 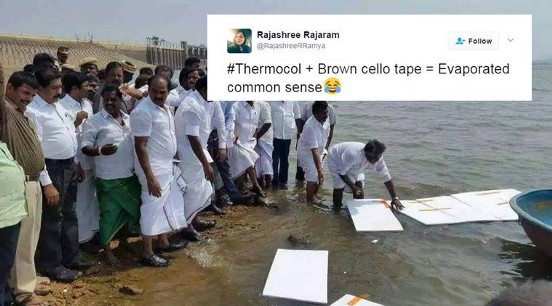 GST, and now an extra “entertainment tax” levied on all the tickets? That’s something theater owners are willing to levy on the customer even after state government decides to regulate the pricing, which is currently at approx $2. This is an act of of extreme arrogance and ignorance especially when the government wants to regulate and tax at the same time, like the British Raj. 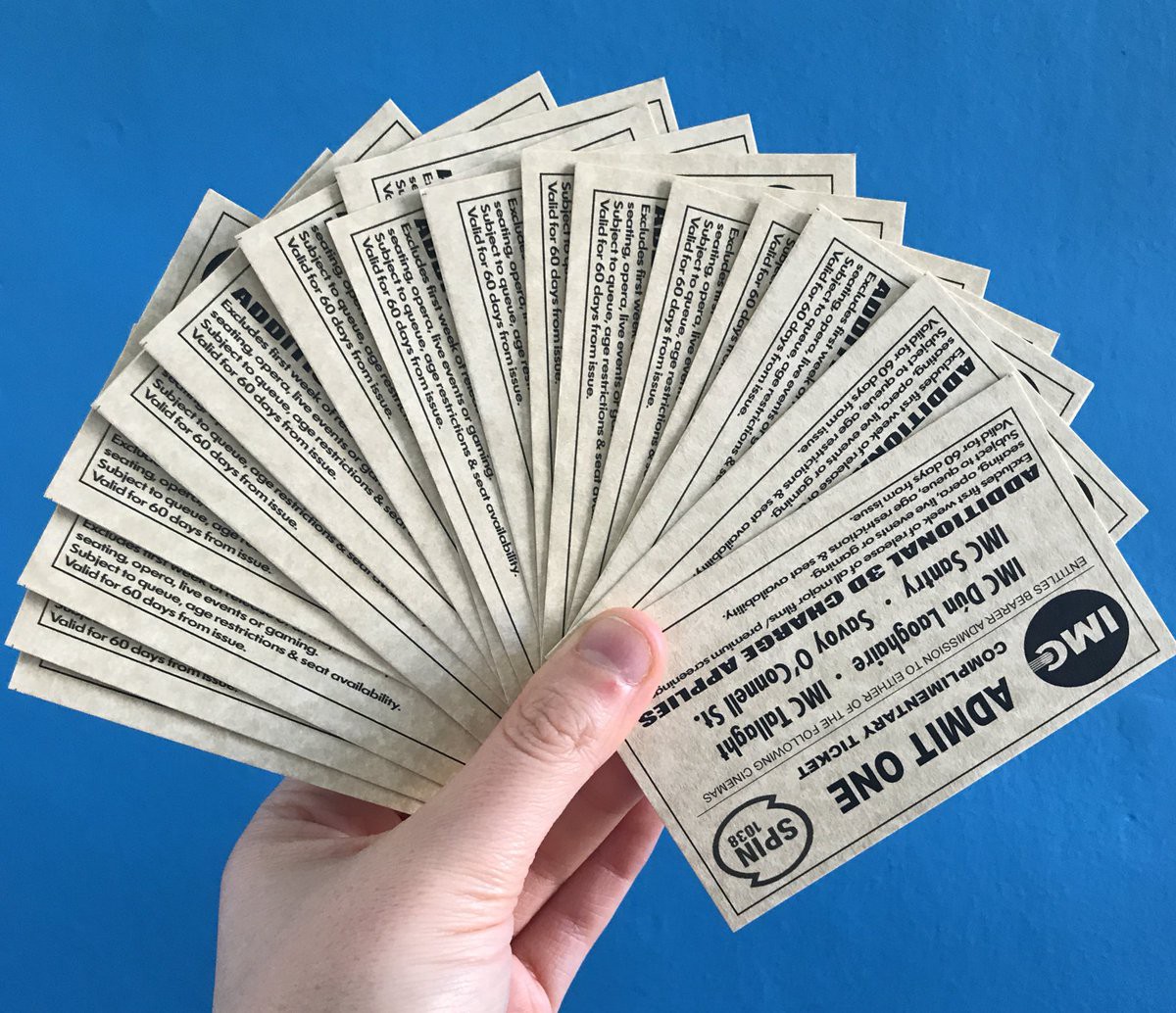 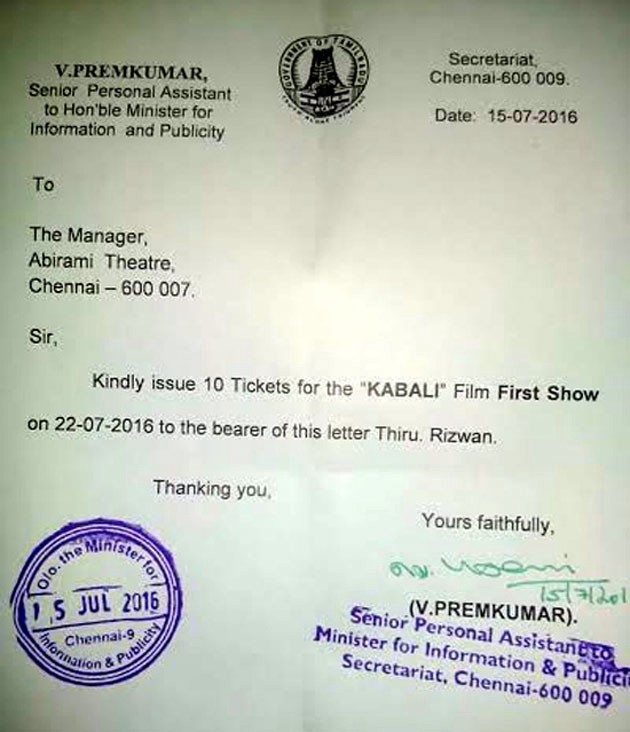 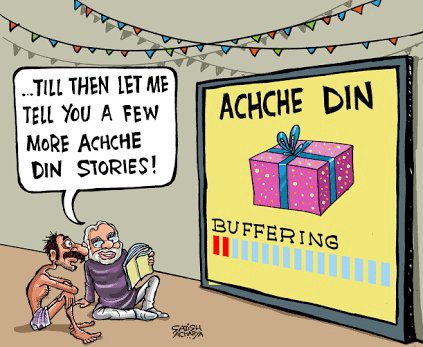 Enough said. The question if cinema is a luxury entertainment which needs to be taxed like alcohol and liquor is another point of view from many concerned parents, who pretty much have lost of their kid’s fan workship. Entertainment tax is upped at 10%, and just today the TN government has agreed to reduce the price to 8%. And, in every obviousness, the question why the multiplexes charge excess in terms of parking is a subject that needs debate and converse. Every policy decision taken at any levels are going to affect the industry, but that’s concern #2.

Imagine the oddity, where there are business that make more money and profits by supplementing the main business. A time existed in the nomadic years of mankind when prisoners/slaves were stonned to death in the great arenas for “entertainment”. And, the traders who sold stones were even more profitable than the bounty hunters who where in the business of capturing slaves. The same applies in the present globalized economy. Today we are capped and taxed more because the Government thinks people are rich enough to buy “stones to hurl”, but in eventuality whats not told is the secret fact slave trader has a cut for every stone that’s being sold, and people are whipped to buy a stone each irrespective of class.

The TFPC had announced a strike 2 days prior after the Tamil Nadu government’s choice to force a 10% tax. The strike has now reached an end after Vishal, the present TFPC President met the Tamil Nadu CM asking for a waiver. The assessment has now been sliced from 10% to 8%.

Here’s few great news for movie buffs, the theatre owners are not that happy. Earlier a few months ago, few theatre owners openly had admitted they ‘only’ earn by jacking up the prices of samosas, sandwiches and beverages.

A Maximum Retail Price (MRP) will be applicable to all items sold in theatre canteens, and this would be determinative. And, since there is no regulatory body to control the sale, the cost of popcorn or mineral water will rather remain the same. The commission also has directed all theatre owners to allow audiences to take their own water bottle inside. And, here’s another trade pact — Rs.10 worth Amma water bottles would be sold in all theatres.

It has been decided that no parking charges would be levied at theater parking, but the law does not state how much of space has been year marked for theatre and how much for the multiplexes. To be clear on the numbers, only 5 multi-level car parking facilities are present in the city, and now the question of space would arise with time. Bad news for ticket booking startups is that the charges for online booking will be cut down. Although, in my humble opinion, I belive this would never be happening anytime soon.